by
Leonardo Fanini
Glamour & fine art
Photography
leggi in italiano
Many things to say about this photo shoot, the first idea came on march, about the dress, then I found the location and, finally we managed to shoot in late september. You can read ##8:64[The story behind my leather suit shoot at Hannibal 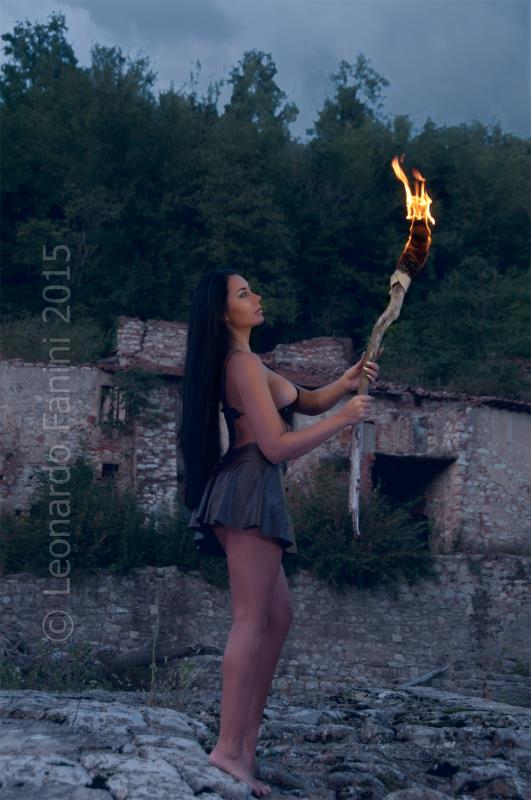 © Leonardo Fanini
She was standing with the torch in her hands. I've used two speedlites to lit her. the light was not so dark so I used the speedlites to  make the scene darker and enhance the torch's luminosity
filed:
Ady Descarada
glamour photo shoot